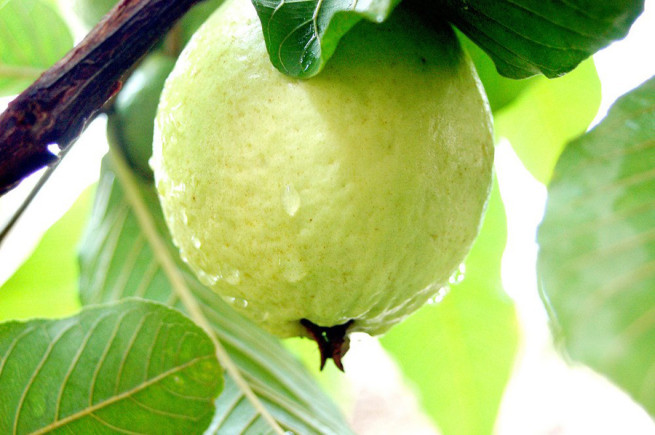 The term “guava” appears to derive from Arawak guayabo “guava tree”, via the Spanish guayaba. In Arabic jwafa,the Punjabi “amrud”, the Japanese guaba. Guava fruit, usually 4 to 12 cm long, are round or oval depending on the species. The outer skin may be rough, often with a bitter taste,or soft and sweet. Varying between species, the skin can be any thickness, is usually green before maturity, but becomes yellow, maroon, or green when ripe. Guava fruit generally have a pronounced and typical fragrance, similar to lemon rind but less sharp. Guava pulp may be sweet or sour, off-white to deep pink, with the seeds in the central pulp of variable number and hardness, again depending on species.
Guava is often used in different kind of desserts for its unique taste.